Treasurer and Environment Minister, Matt Kean, presented King with her prize at a ceremony in Sydney on 9 December, as part of the inaugural NSW Sustainability Awards produced by Banksia. The Young Climate Champion program recognises the next generation of environmental champions and climate-conscious innovators under 18, taking action into their own hands. “It is so inspiring to see young people like Kya stepping up and making a difference in their local community,” said Kean.

King was one of three finalists invited to attend the Banksia Awards at the offices of EY which also recognised outstanding contributions in a range of categories including Clean Technology, Biodiversity and Future Cities.

Kya’s winning project was a seed bank established to distribute native trees to community members on the south coast of NSW, hit hard by the Black Summer Bushfires. The judges were impressed by the ingenuity and passion Kya demonstrated. Kya was nominated for the prize with the help of K-lynn Smith, Roots & Shoots NSW State Coordinator.

Kya submitted her project idea through the Jane Goodall’s Roots & Shoots Mini Grants program securing a small grant to kick off the project. Jane Goodall Institute Australia CEO, James Forbes said that seeing not just Kya’s project but dozens like it across Australia in the wake of the bushfires and during a pandemic, was inspiring.

“Young people are truly a force of nature when they see a problem that needs solving. We are so proud of Kya’s success in this, but also of young people all over Australia who are stepping up to address some of the most pressing challenges of our time like climate change and biodiversity loss. About Kya and her Roots & Shoots Mini Grant winning project

Kya is a remarkable 11-year-old. She witnessed firsthand the devastating effects of the 2019-2020 bushfires on people and animals. She used to see kangaroos and birds in her yard. The bush was so thick, she couldn’t even see through it. It was a perfect habitat for the native animals. After the fires, the hills were black and there was little food or shelter for the animals. She also felt compassion for the people who lost everything, even their own vegetable gardens.

With the support of her mother Amy Fazl, Kya created a plan to help her local neighbourhood recover from the bushfires. She applied for and received a Roots and Shoots Mini Grant in 2020 to grow native shrubs and flowers, as well as vegetables, to begin to replace what was lost to the fires.

Her first step was to research native shrub and tree species for the area around Sussex Inlet, NSW where she lives. Using the Roots and Shoots funds she purchased seeds and soil in order to propagate the plants.

They grew very well and by the end of the project she had distributed over 150 plants native to people in the local neighbourhood. In addition to the native plants, she also gave away nearly 500 herbs, pollinator seeds, and vegetables plants. These were planted in community members’ gardens around Sussex Inlet and in the community run garden.

In addition to providing new food and homes for the local animals, the project helped to lift the spirits of people who had suffered so much.

Winning the Mini Grant also positively impacted Kya’s life. Kya is on the spectrum and has been diagnosed with Tourette syndrome. Her mother commented on how the grant gave Kya the opportunity to embrace her passion for helping people and for caring for the environment. Kya learned new skills and hopes to be able to do more to help her community in the future.

Congratulations on your highly deserved win Kya! You truly embody the spirit of Jane Goodall’s Roots and Shoots. It is an enormous credit to the passion and determination of young people like Kya that gives us hope for the future!

Special thanks to Joanne and William of the Une Parkinson Foundation who have made this program possible at all. As well as the JGIA family: that a Roots & Shoots project has received such a high-status award is recognition not just of Kya’s great work but also the great work done by the Roots & Shoots State Coordinators across Australia, plus the whole team, in promoting this program with schools and communities. 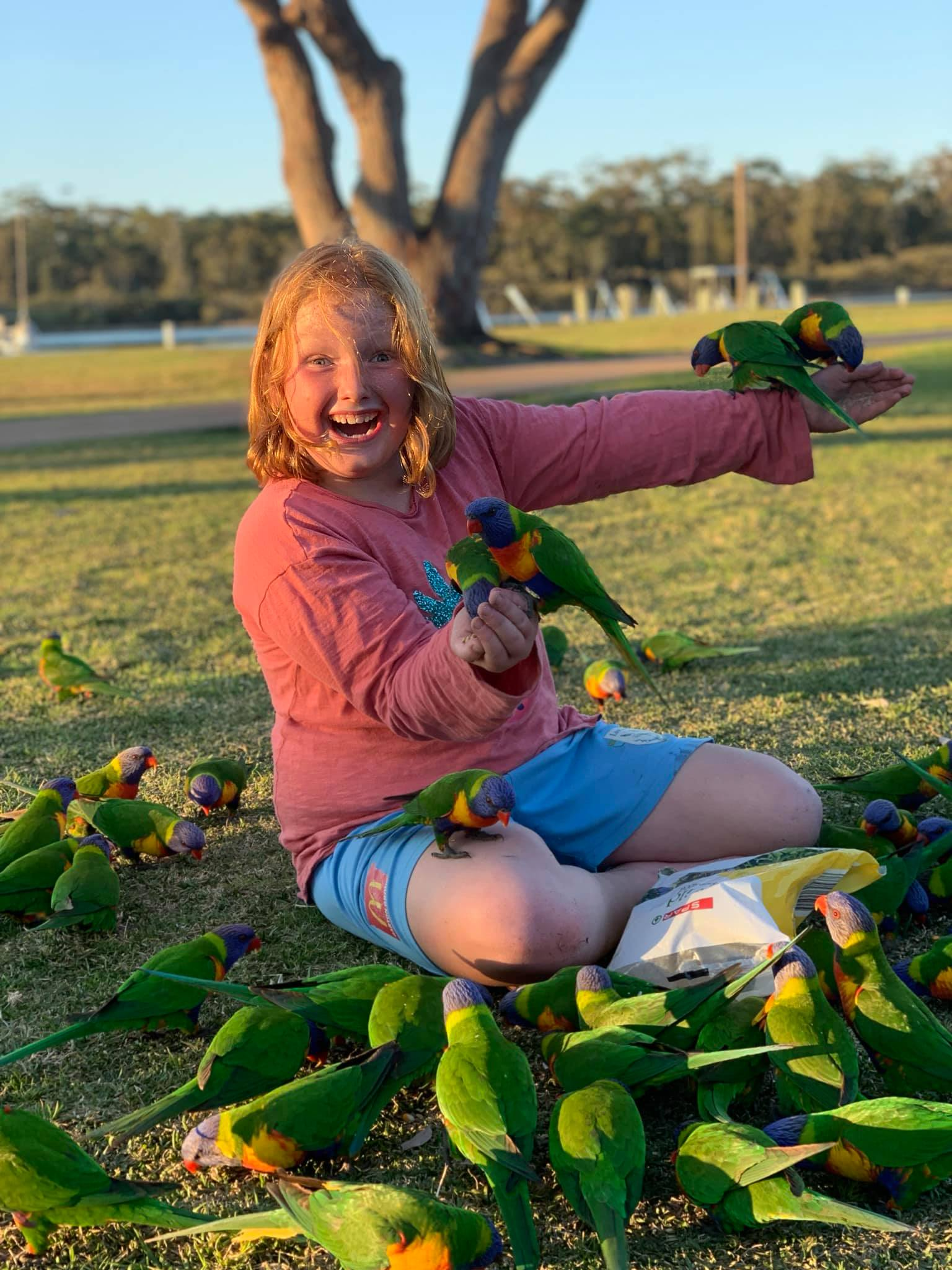