When authorities responded to a tip off about a boat arriving with smuggled cargo they had no idea the cargo would contain a small, sick chimpanzee in desperate need of help. Motambo was rescued from the exotic pet trade by local NGO PALF, and brought to Tchimpounga Sanctuary in a horrific condition.

"When Motambo arrived, suffering from the worst injuries we had ever seen, his condition was so dire we did not think he would survive." 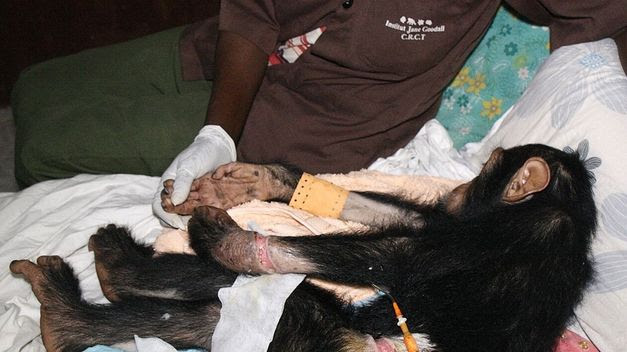 Motambo is lucky to be alive. All of the chimpanzees living at JGI’s Tchimpounga sanctuary have experienced past trauma, but the injuries inflicted on Motambo by his captors were some of the worst we had ever seen.

Little Motambo, only five years old, was suffering terribly from infected gashes, missing teeth and a broken collar bone and wrist. Worst of all, he couldn’t move his limbs or even open his mouth to eat or drink due to a severe tetanus infection gripping his tiny body.

We believe that the tetanus infection was caused by his wound from a snare trap, which was likely triggered as Motambo walked along the forest floor next to his mother. This is why he was named Motambo, which means snare in the local language, Lingala.

Bringing him back to life was not easy. But Motambo wanted to live.

Motambo received intensive, round-the-clock care from the veterinary staff at Tchimpounga and stayed in the hospital ward for two months while he recovered. Thankfully, the expert care of JGI’s staff was able to save Motambo’s life.

He now lives with other young chimpanzees at Tchimpounga, and has made a full recovery from his injuries. We are so happy that he was strong enough to pull through, but we wish that he had been left in the wild, with his family, where he truly belongs.

Motambo's life was saved thanks to donations and support from people like you. But there are still many chimps in desperate need of your help. 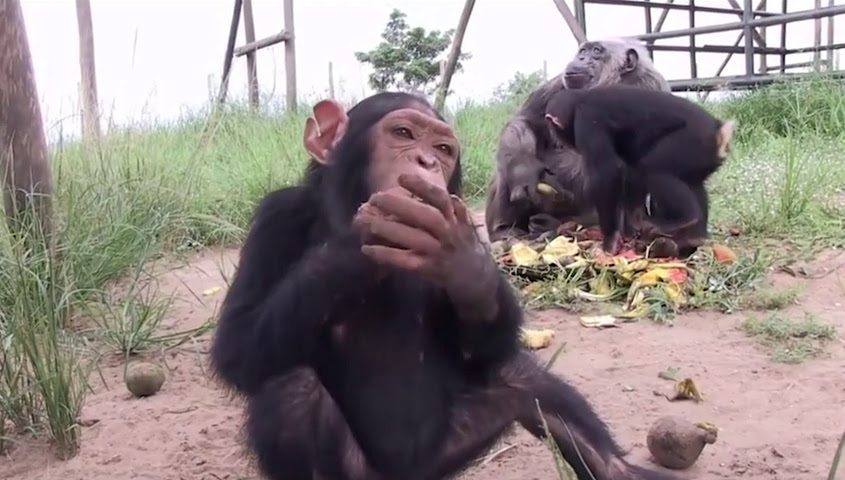 When orphaned chimpanzees arrive at our Tchimpounga Sanctuary, we give them safe haven and the dedicated care they need for a second chance at life. Unable to be released back into the forest, we make this commitment for their entire lives which is an average of 60 years in captivity.

It takes a tremendous amount of resources to provide these fellow beings—our closest living relatives—with a lifetime of care.

Help us keep our promise of never turning a chimpanzee in need away.

You can help us care for these vulnerable chimpanzees by making a tax-deductible donation today.